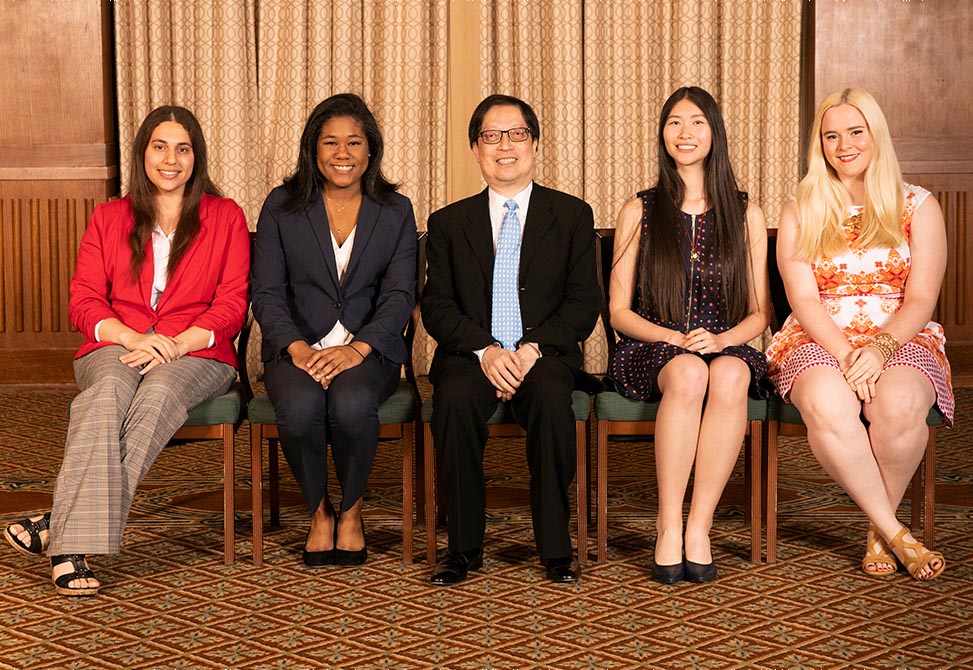 Michael Tsin, associate professor in the Department of History and Curriculum in Global Studies and academic director of the Phillips Ambassadors program, was recently selected as the Earl N. Phillips Jr. Distinguished Professor in International Studies. He is only the second person to hold the position since the professorship was established ten years ago.

Tsin’s tenure as the Earl N. Phillips Jr. Distinguished Professorship in International Studies commenced on January 1, 2019, and will run for a two-year period. Tsin has served as the academic director for the Phillips Ambassadors program at the University of North Carolina at Chapel Hill for the last seven years.

The Phillips Ambassadors program was established in 2007 by Ambassador Earl N. “Phil” Phillips Jr. ’62, who studied business administration at UNC-Chapel Hill, and his family. Housed in the Carolina Asia Center, the program provides support for a group of students each year for study abroad opportunities in Asia. The program includes a financial award, an academic course for credit and the requirement that selected students share their experience with the Carolina community when they return to campus. Over the last 12 years, the program has funded educational opportunities for more than 320 UNC-Chapel Hill students.

“Ambassador Phillips and his family have been longstanding supporters of Carolina,” says Rudi Colloredo-Mansfeld, senior associate dean for social sciences and global programs in the UNC College of Arts & Sciences. “Their commitment has made Carolina a more global campus for students and faculty, and has increased our focus on the importance of Asia.”

Tsin, who was born in Hong Kong and raised in London, brings a global outlook to his many roles at Carolina. Tsin earned his master’s degree from the School of Oriental and African Studies at the University of London in 1983, followed by his doctorate from Princeton University in 1991.

While he initially pursued studies in European and comparative history, Tsin’s interests eventually shifted to the history of China and its role in the current global landscape. After leaving Princeton, Tsin taught at Columbia University and the University of Florida before coming to UNC-Chapel Hill in 2004. His research currently examines the history of “Chinese-ness” and what that has meant over time.

“I have an appreciation of what it’s like to move around to different places and experience different cultures, and I believe that’s a very important aspect of education,” Tsin says. “That belief is what brought me to work with the Phillips Ambassadors program.”

With Tsin serving as the Earl N. Phillips Jr. Distinguished Professor in International Studies, the professorship will now feature a direct link to the Phillips Ambassadors with the May 2019 debut of the UNC Phillips Summer in Shanghai program in partnership with New York University. Tsin will lead the program.

“The primary value in appointing Dr. Tsin is that for the first time the professorship and the Phillips Ambassadors program will be fully integrated,” says program manager Dori Brady. “We’re so excited to have opened the door to a partnership with NYU, and for the program to be led by such a highly regarded professor as Dr. Tsin.”

“I have an appreciation of what it’s like to move around to different places and experience different cultures, and I believe that’s a very important aspect of education.”

UNC Phillips Summer in Shanghai is a six-week-long study abroad opportunity hosted at NYU’s Shanghai campus. The program will consist of two academic courses: “China in the World” taught by Tsin and a second class that each student will choose from the NYU-Shanghai course offerings. Students will learn about issues affecting contemporary China and experience Chinese culture through excursions and an engaging speaker series.

This is the first faculty-led study abroad program organized by the Phillips Ambassador program in collaboration with the Study Abroad Office. Tsin will be available as a resource on campus at UNC-Chapel Hill and for the duration of the program in Shanghai. All participating students will earn six course credits. Phillips Ambassadors participating in the Shanghai program will receive a $7,000 scholarship and an additional three credits for the associated Global Studies course they will complete upon return.

“I’ll always be very grateful to the Phillips for the support and opportunities they’ve provided, especially with this new initiative,” says Tsin. “Teaching students in Chapel Hill and trying to explain China is great, but it’s not the same as being able to look out of the window and see firsthand what China is really about. That’s very exciting and extremely important to create a learning environment where students can make sense of their experience.”

The establishment of the UNC Phillips Summer in Shanghai is an example of the Phillips Ambassadors offering new global opportunities and creating a community among students that will last beyond their time at Carolina. “We hope to serve as a model for the direction the University is headed with its global programs,” says Brady.